The submitted its first report to the Human Rights Council this week. Although the United States has already submitted reports to some of the treaty bodies – the Human Rights Committee, the Committee Against Torture, the Committee for the Elimination of Racial Discrimination – it has not been required to account for its observance (or lack of it) in other areas, such as economic, social and cultural rights, because it has not ratified the relevant treaty (the International Covenant on Economic, Social and Cultural Rights). 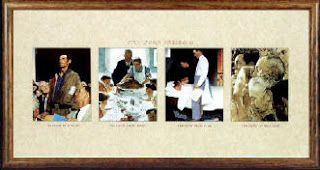 There are many very nice historical references: to ’s Four Freedoms speech, to Eleanor Roosevelt, to W.E.B. DuBois, and so on.
The report struck me as being pretty self-congratulatory, but then that is the case for most states. I don’t want to be too hard on it, however, because some of the very mild self-criticism in the report seems to have set off a firestorm in the extremist press in the . For example, the Washington Times said that had admitted it belonged in the camp of , , and , and described the document as ‘a strange combination of left-wing history and White House talking points’.
The report is sprinkled throughout with curious links to various documents and websites. For example, in paragraph 92, its refers to a speech by President Reagan who said that the United States is ‘still a beacon, still a magnet for all who must have freedom, for all the pilgrims from all the lost places who are hurtling through the darkness, toward home’. These words are highlighted, and if you click on them you are taken to a 1783 address by George Washington to Irish immigrants, which is where the idea of as a beacon apparently came from.
The report will be examined during the morning of 5 November 2010 by the Human Rights Council, under the lead of a so-called troika of States: , and .
Posted by William A. Schabas at 09:51