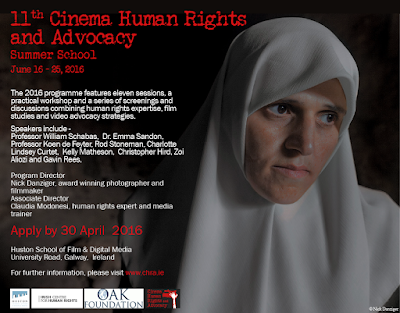 Posted by Yvonne McDermott Rees at 22:53 No comments:

The Mistrial, An Innovation in International Criminal Law


The acquittal judgment of Vojislav Šešelj paints a portrait of a man who might be described as ‘the Donald Trump of Serbia’. Some readers of the blog may be frustrated to find only summaries of the judgment and the dissent by Judge Lattanzi on the website of the International Criminal Tribunal for the former Yugoslavia. In fact, the Judgment can be found on the French site of the Tribunal, along with the 500-page Opinion concordante ofJudge Antonetti.

The trial itself finished in mid-2012, some four years ago, but judgment was delayed when Judge Fred Harhoff was recused in September 2013, only weeks before the Trial Chamber was expected to issue its verdict. Judge Harhoff’s recusal resulted from a motion filed by the defendant after Judge Harhoff’s infamous e-mail message to Danish friends and colleagues that complained about a malaise at the Tribunal. The President of the Chamber, Judge Antonetti, objected to the recusal of Judge Harhoff.

Rather than abort the trial and start again, the Tribunal decided to appoint a new judge who was to familiarize himself with the trial materials and then participate in the verdict. On 31 March 2016, Judge Antonetti and the new judge voted to acquit while Judge Lattanzi dissented.

One puzzle in the acquittal is the attitude of Judge Antonetti to the recusal of Judge Harhoff, back in September 2013. We now know what could not have been known in 2013, namely that Judge Antonetti favoured acquittal. Why would he have fought to keep Judge Harhoff in the Chamber knowing that he would vote with Judge Lattanzi to convict? After all, Judge Harhoff was recused because his impartiality was challenged by the defendant. The judgment of recusal  states that Judge Harhoff had ‘a bias in favour of conviction’.

Judge Liu dissented on that decision. He said that the majority had failed to take into account Judge Harhoff's experience as a Judge of the Tribunal and a professor of law. He said ‘had the Majority considered these circumstances, it would have found that Judge Harhoff's statements do not demonstrate an appearance of bias towards conviction of accused before the Tribunal as to overcome the presumption of impartiality’.

With hindsight, we can see that dissenting Judge Liu, who upheld the impartiality of Judge Harhoff was correct. The two judges who voted to recuse Judge Harhoff were wrong. So was the defendant, who made the mistake of filing his motion. By the way, Vojislav Šešelj deserves some credit for eventually obtaining an acquittal. He was ridiculed for defending himself. He didn’t even call witnesses in his own defence, something that most experienced criminal lawyers would denounce as a huge mistake. And he won an acquittal. But his challenge aimed at recusing Judge Harhoff was a mistake.

How do we know that Judge Harhoff would have voted to acquit? Today, the Oslo-based TOAEP released a policy brief by Fred Harhoff discussing his recusal. Professor Harhoff explains that he waited until the verdict before making this public statement. In it, he writes:

However, I did not even mention Šešelj’s name or make any reference to his person or his trial in my letter because my concern was not about Šešelj or other politicians, but about generals and the military establishments’ possible interest in rais- ing the legal requirements for the conviction of generals. The Panel did raise this issue in its Decision by referring to the fact that Šešelj was charged, inter alia, with hav- ing “directed paramilitary forces”, but his role was not comparable to the authority of a regular military com- mander during combat. He was a politician who occasionally visited his paramilitary volunteers at the front- line to boost their morale, but to the best of my knowledge, he never engaged in tactical manoeuvres or combat con- trol on the battle eld. My letter had nothing to do with Šešelj, nor was it particularly concerned with Serbs as such (as claimed by Šešelj in his Motion).
…
I waited until after the rendering of the Šešelj Trial Judgment on 31 March 2016 to publish these thoughts. A pos- sible appeal may still reverse the Trial Chamber’s acquit- tal. I regret the Decision to disqualify me from the Šešelj trial, not only because I still believe that the Decision – for the reasons I have explained above – was ill-founded, but also because my disquali cation and replacement by an- other Judge caused a further and substantial delay of the trial against the accused who had already been held in custody in The Hague for more than ten years. Indeed, the Bench on which I sat in the Šešelj case was just a couple of months away from rendering its judgment. The episode remains a mystery to me.

Professor Harhoff does not quite go so far as to say he was planning to vote to acquit, although that seems obvious enough from his comments made public today.

But maybe it is not such a mystery. We now understand better why Judge Antonetti was opposed to his recusal in the report that he sent President Meron in early September 2013. The only 'mystery' is the misjudgment by the other judges and those who supported the recusal of Judge Harhoff, including the defendant.

This episode provides a rare opportunity to assess how wrong conclusions about bias may be sometimes. Isolated statements and comments, taken out of context, can indeed raise concerns and lead to negative perceptions. The test is what the 'reasonable person' would apprehend. The saga of Šešelj and Harhoff should inform our 'reasonability' in such circumstances.

Fred Harhoff was and always has been a fair-minded professional who would neither convict or acquit an accused for improper reasons or out of bias. This wasn’t obvious enough to the judges who voted to remove him. Nor did the defendant understand this. If he had, he would have been a free man two and a half years ago.

Posted by William A. Schabas at 07:55 No comments:

The death penalty: Is the glass half full or half empty?

The ‘headline’ on Amnesty’s website is ‘Dramatic Rise In Executions’. It is a gloomy and discouraging message. I expect this story will run in the media around the world.

This may be a case of debating whether a glass is half empty or half full. As the report indicates, the dramatic increase is due to three countries: Iran, Pakistan and Saudi Arabia. In 2014, the three accounted for 386 executions. In 2015, they were responsible for 1,451 executions. It is a huge and terrifying increase. As Amnesty recognizes, these three states generate 89% of the total executions on the planet (with the exception of China, which Amnesty does not include in its statistics because nothing official is available).

But there is another much more hopeful message in the Amnesty data.

In other words, excluding those three very nasty countries, the number of executions in the world has never been lower. The decline in 2015 is nothing if not dramatic. If we look at the average for the previous five years, it is 264 executions per annum. The total of 179 for 2015 represents a drop of more than 30% compared with the average for the previous five years. Wow!

China is excluded, of course. Since 2010, Amnesty has not even attempted to guess at the number of executions in China. It is probably several thousand per annum. Our information on China is entirely anecdotal, but it seems consistent with the general trend rather than with that of the three anomalous countries. There can be little doubt that China has greatly reduced its resort to capital punishment in recent years.
Posted by William A. Schabas at 15:00 1 comment: