Nebraska has voted to abolish capital punishment. The repeal had been adopted a few weeks ago but it was vetoed by the Governor. With a vote of 30 senators, the Governor's veto was overriden, and that is what happened yesterday. Nebraska is a conservative state, not a liberal one. At least not until now!
Moves by American states towards abolition of the death penalty are very important because they condition the interpretation of article 8 of the Bill of Rights. The Supreme Court will look to the practice of states as evidence of 'evolving standards of decency', which is the benchmark for applying the notion of cruel and unusual punishment.
Posted by William A. Schabas at 07:19 No comments: 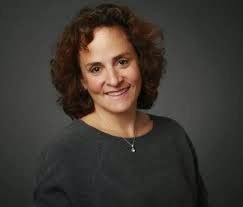 Sheri Rosenberg passed away a few days ago. Sheri was a wonderful scholar and a determined activist who was deeply engaged in the prevention of genocide and the promotion of the responsibility to protect, equality and non-discrimination. She was the director of the Human Rights and Genocide Clinic and Programme in Holocaust, Genocide and Human Rights Studies at Cardozo School of Law, in New York City.  Over the years, Sheri worked in the areas of civil rights and international human rights with a specific focus on issues of discrimination, equality, and genocide.
For several years, Sheri was based in Bosnia and Herzegovina where she was associated with the Human Rights Chamber. Subsequently, she was involved in important international litigation, including the Finci and Sejdic case at the Grand Chamber of the European Court of Human Rights. She addressed the Grand Chamber in the hearing. The judgment in favour of the applicants is a landmark in the law of non-discrimination under the European Convention. She deserves much credit for taking the case and for her diligent and persistent work to see it through to a successful judgment.
There is a videoclip of Sheri speaking at a conference on transitional justice held at Cardozo here, starting at about minute 49.
Sheri was to have been presented with the Outstanding Educator Award at the Spirit of Anne Frank Awards Gala on June 15 in New York City. The award ‘recognizes the outstanding leadership and dedication of educators who inspire their students, and who teach about the dangers of intolerance and prejudice and urge those around them into action’. Sheri was also named a 2105 Peace Ambassador by the Centre for Peacebuilding and was to have participated in International Peace Week in Bosnia and Herzegovina in September 2015.
Sheri and I worked together on many occasions over the years, and she hosted me on two stays at Cardozo as a visiting professor. We spent time together in March of this year at a conference on international justice held by Simon Fraser University. She seemed well at the time, but the disease that finally took her life returned very suddenly.
It is a terrible personal loss, and the thoughts of Penelope and myself are with Greg and the children as they cope with this. But Sheri’s passing is also a huge loss for the promotion of international human rights, justice and equality. She had many, many admirers, and we are all mourning her passing.

Yesterday, the Committee of the Whole of the United Nations Commission on Crime Prevention and Criminal Justice, meeting in Vienna, adopted the updated Standard Minimum Rules for the Treatment of Prisoners. Formal adoption by the plenary should take place today. Then, the instrument goes to the General Assembly in the autumn.
The Commission has decided to call them the 'Mandela Rules'.
The Standard Minimum Rules were originally adopted in 1955. They have been hugely influential as an international standard and have often been cited by international courts and treaty bodies. For example, in the recent Vintner v. UK decision of the Grand Chamber of the European Court of Human Rights, concerning life imprisonment, we find the Rules cited as evidence of the 'commitment to the rehabilitation of life sentence prisoners and to the prospect of their eventual release ... found in international law'.
The updated rules contain revised or new provisions on a range of issues including solitary confinement, medical care, documentation of detention and matters relating to the prevention of torture.

Posted by William A. Schabas at 07:20 No comments:

Middlesex University has advertised a call for applications for research studentships. These are very attractive studentships. I hope that candidates interested in the fields of human rights, international criminal law and, more generally, international law will apply. Deadline is 5 June 2015. All of the information is available on the University website.
Posted by William A. Schabas at 12:05 No comments:

Secretary-General's Report on the Status of the Death Penalty

Every five years, the Secretary-General of the United Nations issues a report on the status of capital punishment. The latest report, which will be presented later this week to the UN Commission on Crime Prevention and Criminal Justice, was issued a few days ago. The report confirms the continuation of a very marked trend towards abolition and restriction of the use of capital punishment in most countries. Moreover, countries that retain the death penalty are, with rare exceptions, significantly reducing the numbers of persons executed and the crimes for which it may be imposed. Nevertheless, where capital punishment remains in force, there are serious problems with regard to international norms and standards, notably in the limitation of the death penalty to the most serious crimes, the exclusion of juvenile offenders from its scope and guarantees of a fair trial

The Venice Academy of Human Rights will run from 6-15 July this year. The theme of this year's programme is (Dis)Integration through Human Rights: Citizens, Courts, Communities. Further information can be found here.
Posted by Yvonne McDermott Rees at 18:59 No comments: