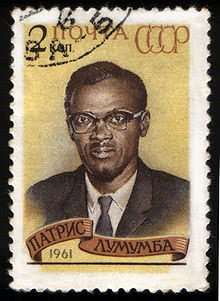 The son of Patrice Lumumba, who was the Democratic Republic of the Congo’s first democratically elected president, and who was murdered in 1961, plans to launch criminal proceedings in Belgian courts against the alleged perpetrators. According to a Reuters report: ‘The complaint will assert that the Belgian government and military officials were involved in the transfer of Lumumba from the capital to the region of Katanga, and that they failed to prevent him being tortured and killed.’ A Belgian parliamentary inquiry in 2001 concluded Belgium was ‘morally responsible’ for the murder of Lumumba, and since then Belgium has officially apologised.
Lumumba's son has apparently not directly implicated the United States, but according to Wikipedia, in a declassified interview the then National Security Council minute-keeper Robert Johnson said that President Eisenhower had told CIA chief Allen Dulles ‘something to the effect that Lumumba should be eliminated’. Dulles himself described the murder of Lumumba as ‘an urgent and prime objective’. The Senate intelligence committee’s inquiry on covert action found that the CIA had conspired to murder Lumumba, but that it was not actually involved in the assassination. Recently released CIA records confirm the plan.
Thanks to Hilde Laeremans.
Posted by William A. Schabas at 08:37