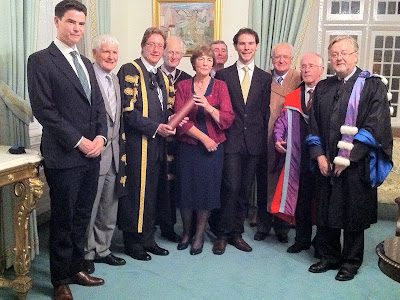 The late Kevin Boyle was honoured on Friday with the award of an honorary doctorate posthumously by the National University of Ireland Galway. Kevin was professor of law at Galway during the 1980s. He launched the Irish Centre for Human Rights at the time. Members of Kevin's family, including his wife Joan, his sons Steven and Mark, and his brother Louis, were present for the ceremony. There will also be a conference at Essex University in November in his honour.
Posted by William A. Schabas at 07:41