The Permanent Premises of the International Criminal Court

Yesterday I walked by the construction site of the Permanent Premises of the International Criminal Court and took a photo. 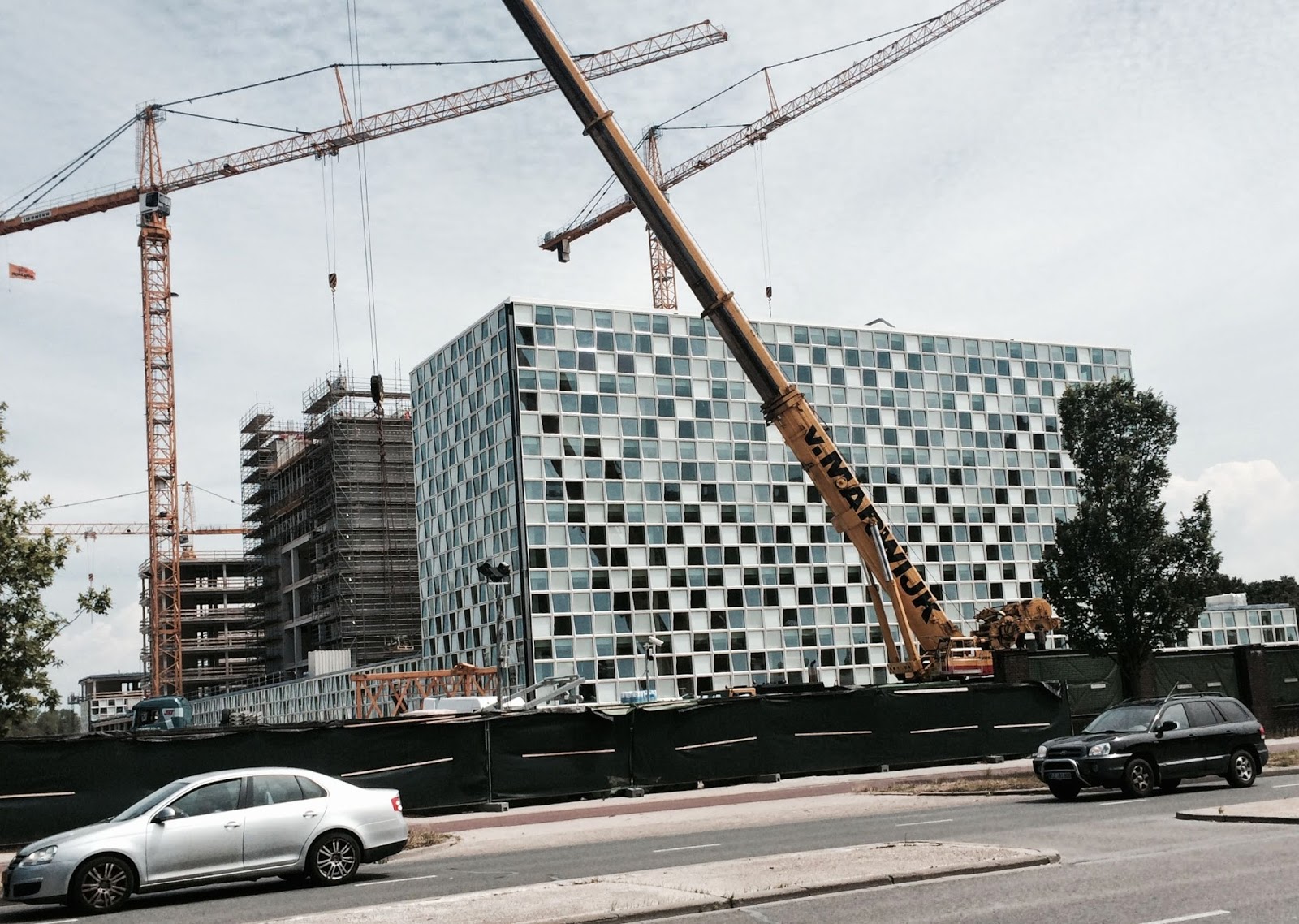 I wish I could say that I was impressed with the elegance and dignity of the building. If it were built in London, some clever journalist would give it a rather sarcastic name, like the jewel box. Perhaps readers of the blog can come up with some ideas. With its strange, brightly coloured windows and its unimaginative boxy profile, it looks a bit like the kind of cheap souvenir one finds in shops at airports. Give it a couple of neon signs and a few slot machines in the lobby and it might fit in better on the strip in Los Vegas.
The Court's Permanent Premises seem to be a far cry from the majestic building that Andrew Carnegie put up a few kilometres away, where the International Court of Justice has its premises. The site itself is disappointing. Instead of being prominently located in the centre of The Hague it is really very much on the periphery, far from any prestigious neighbours.
But who knows? Perhaps it will grow on us. Many also mocked the Eiffel tower when it was first built although I am inclined to think that ‘this ain’t no Eiffel tower’.
Posted by William A. Schabas at 05:52

The facade design reminds me so much of the early computer tile-matching game TETRIS designed by the Russian Alexey Pajitnov.or perhaps even a hidden QR code. Dikê in Greek mythology was the spirit of moral order and fair judgement. With that spirit of fairness in mind perhaps the TETDIKÊ building!!