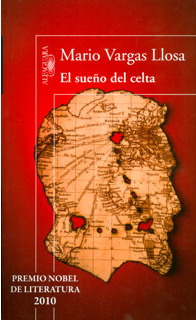 The latest book by the Peruvian writer Mario Vargas Llosa, El sueño del celta (The Dream of the Celt), describes some of the earliest human rights investigations of modern times. It is a somewhat fictionalised account of the life of Sir Roger Casement, an Irishman who worked for the British diplomatic service. The book is built around three main themes, two of which are human rights fact-finding investigations conducted by Casement around the beginning of the twentieth century.
Casement was assigned by London to inquire into human rights abuses in the Congo Free State, then the person fiefdom of King Leopold II of Belgium. Casement was not the first to expose the terrible abuses but his authoritative report had extraordinary influence. No doubt influenced by Casement’s findings, Mark Twain published his own satirical book, King Leopold’s Soliloquy.  Following publication of the report, Casement developed an international reputation as a human rights investigator.
Much of this account by Vargas Llosa, who was awarded the Nobel Prize for Literature in 2010, is an account of the human rights abuses in the Congo. Vargas Llosa makes a sharp contrast between Casement’s approach with that of Joseph Conrad, who expressed the view, in Heart of Darkness, that backward Africa had brought out the primitive instincts of Europeans.
Casement’s second major investigation concerned the activities of the London-based Peruvian Amazon Company in the Putumayo region of Peru. Casement exposed the brutal practices which were related to harvesting rubber, and of which the victims were indigenous peoples. Again, Vargas Llosa describes the abuses in great detail. One feature that will be of particular interest to modern-day human rights scholars is the focus on corporate social liability for human rights abuses. The horrific activities of the Peruvian Amazon Company were quietly tolerated by the Peruvian government. But Casement’s conclusions were directed at London, where the company had its headquarters and took its profits.
The third theme of the book is Casement’s conversion to Irish nationalism. Vargas Llosa presents this as the logical progression of the views that emerged from his work in the Congo and Amazonia, and which made Casement ‘one of the great anti-colonial fighters and defenders of human rights and indigenous cultures of his time’. The author explains how Casement began his career driven by a mission to bring modern civilization to Africa and elsewhere, but through his human rights investigations came to understand that the abuses he encountered were not unfortunate distortions of the colonial project but rather their inevitable consequences, built as they were upon ideas of racial and cultural superiority. From there, it was a small step for Casement to become, in his final years, a campaigner for Irish independence. 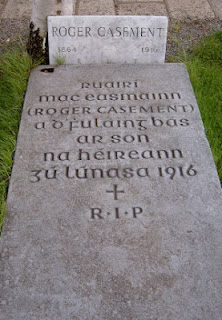 When the First World War broke out, Casement went to Berlin to enlist German support in the struggle for Irish independence. He was captured by the British upon his return to Ireland, in 1916, and executed in London’s Pentonville Prison on 3 August of that year. In keeping with British prison practice, his remains were buried within the prison walls. In the 1960s, Prime Minister Wilson allowed them to be moved to Ireland, although on the condition they not be taken to Northern Ireland. They were buried in Dublin’s Glasnevin cemetery following a State funeral addressed by the President.
Vargas Llosa also deals with Casement’s homosexuality. After his arrest in 1916, the British worked to undermine any sympathy that Casement might attract by disseminating copies of Casement’s so-called ‘black diaries’, which recounted Casement’s propensity for casual sexual encounters with young men, some of them in their teens. Vargas Llosa presents this material with considerable sympathy. He accepts the validity of the controversial diaries, which many have claimed were forged, but takes the view that much of them reflect Casement’s fantasies rather than actual activity.
Authored by one of the great writers of our time, The Dream of the Celt, which appeared in English translation a few months ago, belongs on the bookshelf of human rights investigators, campaigners and scholars.
Posted by William A. Schabas at 11:08