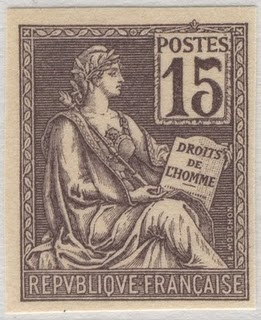 Today marks the fifth anniversary of the day I accessed the Google blog website and figured out how to set up a rather primitive and rudimentary website. I had just begun my most recent sabbatical leave, and was at Oxford University at the time, if I recall correctly. Later, I spent parts of the year at Cardozo Law School in New York, LUISS University in Rome and All Souls College at Oxford. My idea was to use the blog to stay in touch with my doctoral students at the Irish Centre for Human Rights of the National University of Ireland Galway. I had inquired with the tech people at my University about how to do this efficiently and was told that I should simply set up a blog. That is what I did. When the time came to tick the box where readers could access the blog by invitation only, I decided that there was nothing private and no need to keep it confidential.
Doctoral Studies in Human Rights now has thousands of readers around the world. Many of them are not doctoral students and perhaps never will be, although one can always hope! Many people have contributed items and information to the blog over the years. It has even been cited in a judicial decision or two, as well as in academic journal articles and at conferences. Some have been upset by my frankness and iconoclasm, and a few have been offended. Sorry about that. It's nothing personal.
In 2010, I launched a spinoff blog to provide coverage of the Review Conference of the International Criminal Court. There is a mischievous tradition of an entry on 1 April that a few people continue to fall for. I can only do this once a year because good ideas are in short supply.
More than 1,000 separate items have been published on the blog. Some of them are rather lengthy analyses of important developments, while other items simply inform about coming events of interest, or of useful documents and publications, and of successful doctoral graduates. I've made no secret of my own obsessions, especially the abolition of capital punishment and the challenges of international justice. But over the years, a huge range of human rights issues have been discussed.
The posts on the blog are fairly regular. A month has never passed without a few items being published. I've written and posted from every continent and from more than sixty countries. In a few, I have been blacked out by reactionary government policies. My posts on China and Iran were written on site but had to wait until I left the country before they could appear. I suspect that if I had greater computer skills, I would have been able to get around this. I know that readers of my blog in these countries have found such a way.
Technology changes quickly, and there's no assurance we'll still be blogging five years from now. So far, I've resisted expanding into related areas like Twitter and Facebook. I've also batted off approaches aimed at commercializing the blog and using it to generate income.
A few years ago, I began identifying the blog with a French postage stamp that was first issued in 1900. Known as the 'Mouchon' in honour of its designer, bears the inscription 'Droits de l'homme' - that is, Human Rights. I cannot be sure, but probably there was a connection with the Dreyfus Affair, and with the French Ligue des droits de l'homme, which flourished at the time. The French also issued the stamp in some of their overseas territories and post office, where it sent an interesting message.

That's great, 5 years! Congratulations. It's a great blog and a regular haunt for me.

Congratulations...it is a great blog

A slightly belated congrats, Bill, on your first five years of blogging! I told you in 2008, when I was newly arrived in The Hague, that I always began my working day by reading your blog. Nearly four years later, and now relocated to Pristina, I still do so. I owe you a great deal for keeping me current on important developments in international human rights law and practice. May you continue to blog for many years to come.

"PhD studies in human rights" is the most informative blog on the topic of international criminal law and justice. For example, today (13 July) Prof Schabas posted that the University of Virginia now has digital online archives from the International Military Tribunal for the Far East. These documents pertain to my research. But for Prof Schabas' post, I may not have discovered the database for months. Also, the fact that the author is the leading authority on human rights and international criminal law makes it one of the most widely read blogs. The majority of blogs expire well before 5 years. Prof Schabas has done an excellent job posting several comments each week informing the general public of his thoughts on current issues pertaining to international law. Congratulations on your first 5 years of blogging, Prof Schabas!

I've been enjoying the blog for two years now. Your commitment is admirable, Bill.

Your blog is the best blog there is on international criminal law and human rights in that is provides the information, gives access to it, disseminates your candid and professional opinion, which is always a good starting point for reflection and most of all, in my mind your blog is written in a rich and creative manner gathering from the arts and classics as well as from the law. This makes you a true rare scholar and professor of law the way it was meant in the Renaissance onward: a man of eeclectic expertise, or in Hebrew an 'ISH ESHKOLOT'- literally meaning 'a man of grapes'- evry grape standing for another skill and realm of expertise. Thank you very much and thnk you also for standing the temptation to turn to other formats such as twitter and facebook. The style remains literary and fluent via your blog.