Free Education Under Attack in US Supreme Court

I spent much of last week in Washington, attending the Annual Meeting of the American Society of International Law. But the talk of the town was the hearing at the United States Supreme Court on the challenge to President Obama’s health care legislation. It seems incredible, but quite possibly the Supreme Court will strike down a system providing for universal health care that the rest of the developed world takes for granted.
An aspect of the hearings that has not received much attention in the media is the threat to universal education in the United States. It seems that a consequence of the Supreme Court’s latest rightward tack is a challenge to public education. If the United States government won’t provide its residents with a minimum level of health care, why should it provide them with free education for their children?
Yet, in argument before the Court last week, some of the lawyers attacking the health care legislation hinted at the next stage in the attack on entitlements that most of us take for granted. The conservative judges on the Court indicated their openness to such a challenge. The claim will be that if the government isn’t required to ensure health care, why should it provide education, even at the primary school level.
One of them alluded to the famous pronouncement of Justice Oliver Wendell Holmes in the 1928 decision in Bell v. Bell, saying "Three generations of imbeciles are enough". Answering government lawyers, who said that if the education system were privatised, the parents of some 40 million children would not be able to afford to teach them to read and write, the Justice said that there were many jobs in the United States that did not require literacy, and that no harm would be done to the economy if certain children grew up without being able to read and right. The free market would ensure that those who actually needed to be literate would get the necessary training.
When reference was made to article 26 of the Universal Declaration of Human Rights, which says “Education shall be free, at least in the elementary and fundamental stages”, Justice Scalia dismissed any role of international law and said that, in any event, the Universal Declaration was “not binding” and that Eleanor Roosevelt had exceeded her authority when she voted in favour of it in the United Nations General Assembly in 1948. 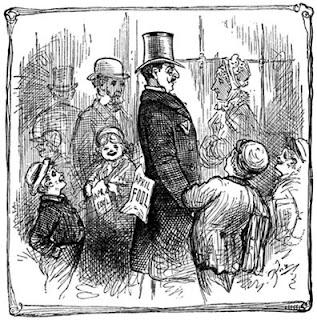 Mad as this sounds, a right-wing think tank that has had a lot of influence on conservative American judges, the Free Liberty Foundation, has been campaigning for the abolition of public education for several years. The idea has also been picked up by some Republican candidates for the Presidency. They contend that home schooling by parents can very adequately replace public schools, the abolition of which will permit a reduction in income taxes at the higher brackets and enable some of the savings to be devoted to increased spending on a military that is strapped for resources. A detailed position paper, authored by two distinguished legal academics, is available here.
Posted by William A. Schabas at 04:04

I wish I hadn't known what day it is! I might have believed this one.

This is wonderful. I would like to repost it. You had me going. It contains so much "truth" that would not have gotten it had you not posted the April Fools picture and link.

Some scholars believe that literacy has caused the industrial revolution in U.K.

I can see that you are are genuinely passionate about this! I am trying to build my own website and you’ve helped me with some great information.

Recently, I did not give lots of consideration to leaving responses on site page reports and have positioned responses even less. Reading through by way of your enjoyable article, will assist me to do so sometimes.