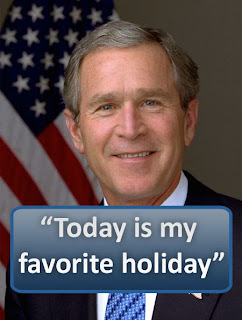 The source for yesterday's blog - that is, April first - proved unreliable. A relative newcomer to The Hague, my source went to a coffee shop for breakfast before leaking the exciting but apocryphal story of the Bush arrest. They had run out of coffee, so my source had something else.
Readers of the blog know my pedagogical inclinations, and should appreciate that even if the facts were mistaken, the law in yesterday's post is sound.
By the way, there was record feedback, and many were taken in, if only briefly. Who says there's no humour in torture, war crimes and genocide?
Posted by William A. Schabas at 08:29