On 10 December I swore an oath of loyalty to the Irish State before Judge Mary Fahy of the Galway District Court, a condition of becoming a Saoranach Eireannach (Irish citizen, which literally translates as Irish freeman) . That evening, many of my PhD students as well as friends and colleagues joined me at Neachtain's pub in the centre of Galway for a little celebration. 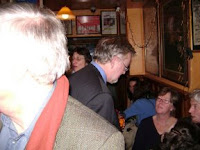 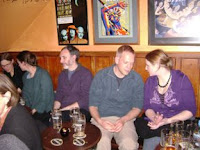 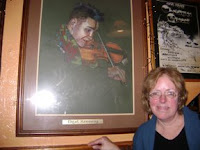 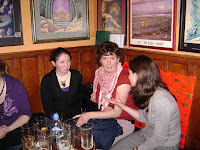 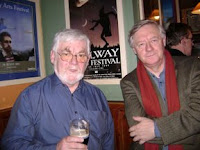 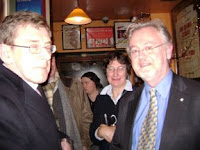 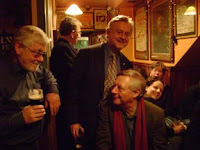 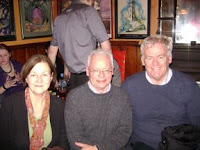 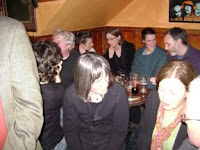 Kathie Hinde (l), Jane Conroy and John Hinde. And in the background, Katrina Mansson, Katrin Kinzelbach and Sean Goggin.
Posted by William A. Schabas at 22:18